O.B recently started his own label Major Hits Music and signed a Digital Distribution deal with Locksmith Records. The album will be available on all the top digital retail outlet stores; iTunes, Spotify, Nokia Music, AmazonMp3, LastFm, Beatport, eMusic, Google Play, Juno, Big Pond Music and many more stores in over 200 countries. In 2012, Odinareh Bingwa competing in Kenya's "DON'T BREAK THE BEAT" a Hip/Hop Freestyle Competition which was sponsored by Mobile Company Nokia.

Although he didn't make it, into the final it motivated him more to keep persistent and work on releasing the first single video "Ghetto Dreaming". And pick up by blogger Onyango Roja blogger [Roja That] which stating that "He hails from the coast and is my pick as the next breakout star in Hip-Hop. This piece of lyrical inspiration story that everyone can relate to whether suburban or ghetto because it is the essence of what one can achieve through like that puts him or her on the map to greatness"

O.B whose real name is Duncan Chege born on Dec. 19, 1989 to Charles Chege & mother Sandrah Wanjiku Chege who later died in 1994 and Dad in 2005 both died because of road accidents. Finally, at the age of 13 O.B started doing music and now with his debut album "HD [Hopes & Dreams]" will have everyone locked in from the beginning to the end with his inspiring hooks and extra ordinary flow of Swahili & English. We appreciate your support with buying this Album. Thanks! 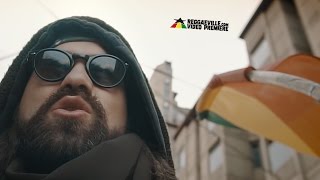